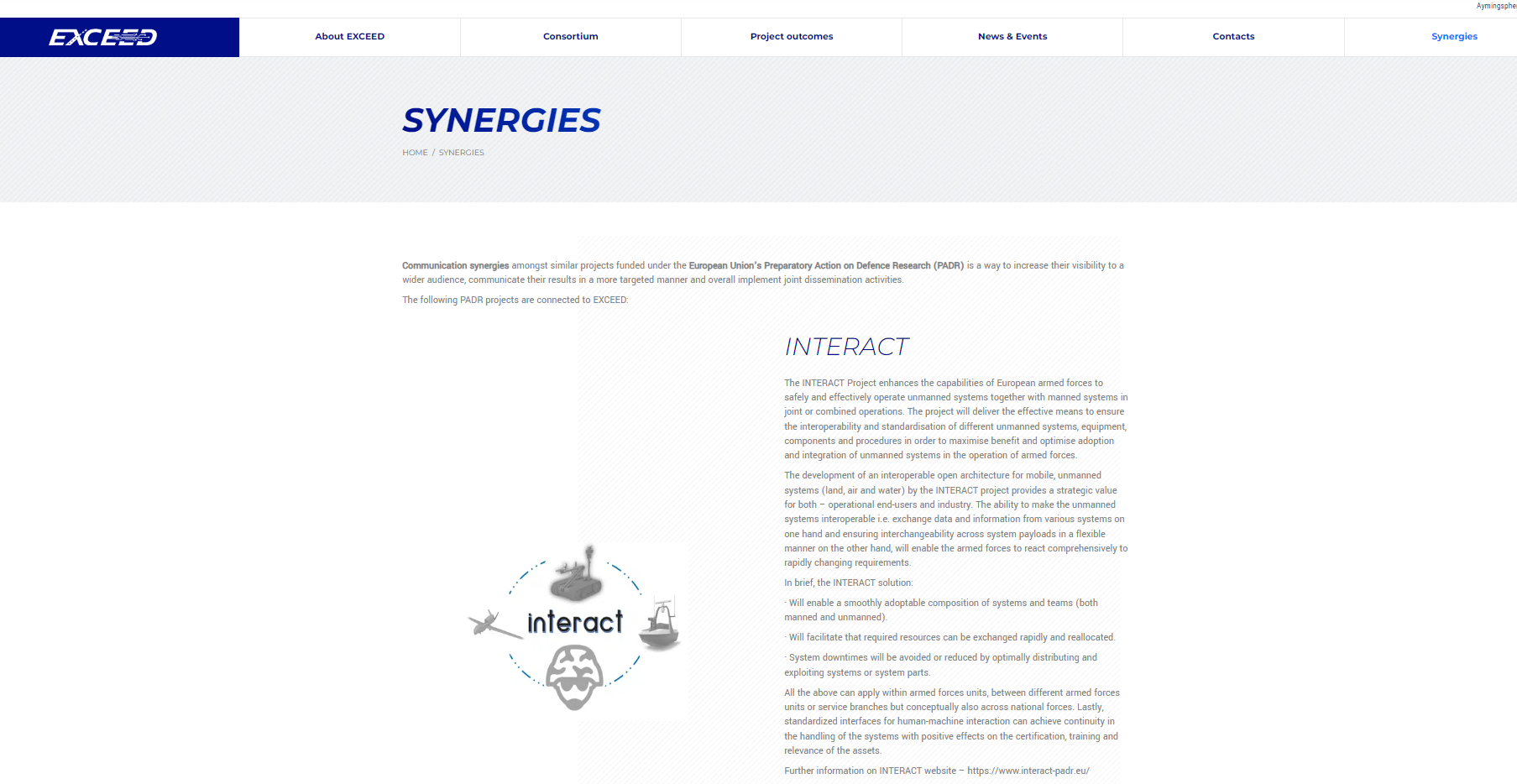 📢Cross communication activities with our synergy 🤝projects continue!! Our project is featured at EXCEED PADR project’s website at section “Synergies”. It includes a brief description of INTERACT PADR and its offered solution as well as a reference to INTERACT’s website (URL) 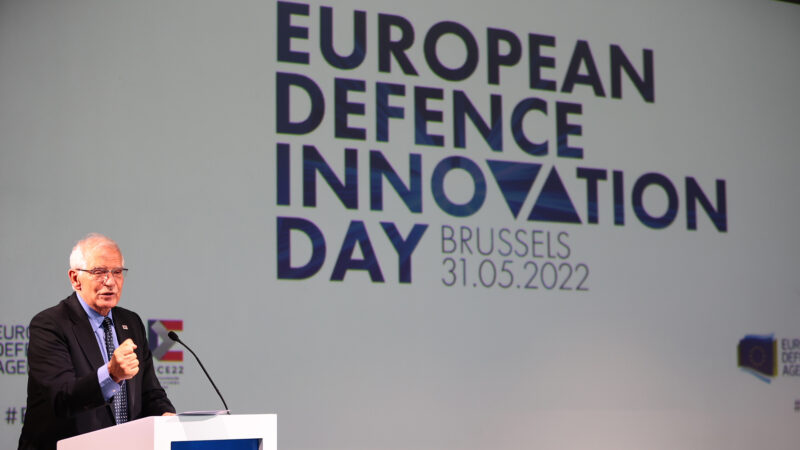 The event displayed how greater investment and cooperation in defence innovation is crucial to maintain and drive European technological sovereignty.

A first for the European Defence Innovation Hub (HEDI)

The Defence Innovation Day marks the official launch – and first activity – of the Hub for European Defence Innovation (HEDI) which was established within EDA following a decision by Member States’ Defence Ministers on 17 May. The launch of HEDI is not only an important first delivery of the Strategic Compass, but also a crucial step towards a more innovative European defence.

The Head of Agency, Josep Borrell said: “EDA certainly has a key role to play in defence innovation. It has been dealing with innovation since its creation in 2004. And it has already delivered. Successful examples include projects on drone swarms; technologies for electromagnetic railguns; or new clean energy technologies to lower the carbon footprint and decrease energy dependencies in the defence sector. These are all initiatives developed at EDA”.

Speaking at the opening of the event, EDA Chief Executive, Jiri Šedivý said: “The creation of the Hub for European Defence Innovation in EDA is an additional sign that Member States are ready to take European defence innovation to the next level, in cooperation with the European Commission but also with NATO”. 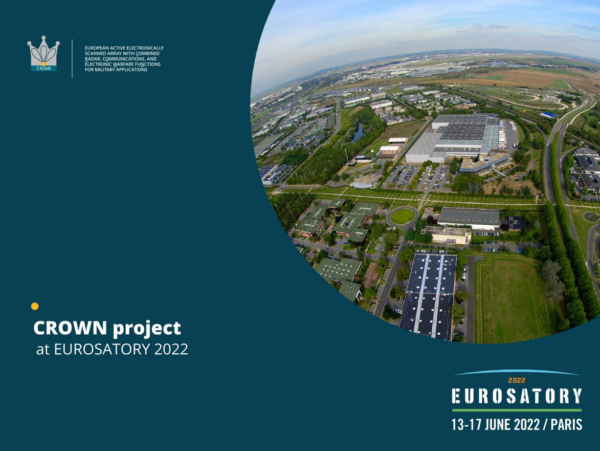 If you are visiting Eurosatory 2022 on 13th – 17th June, 2022, and you are interested in topics of land, and air-land defense and security the CROWN PADR Project, will be glad to meet you at the exhibit in Paris Nord, France. 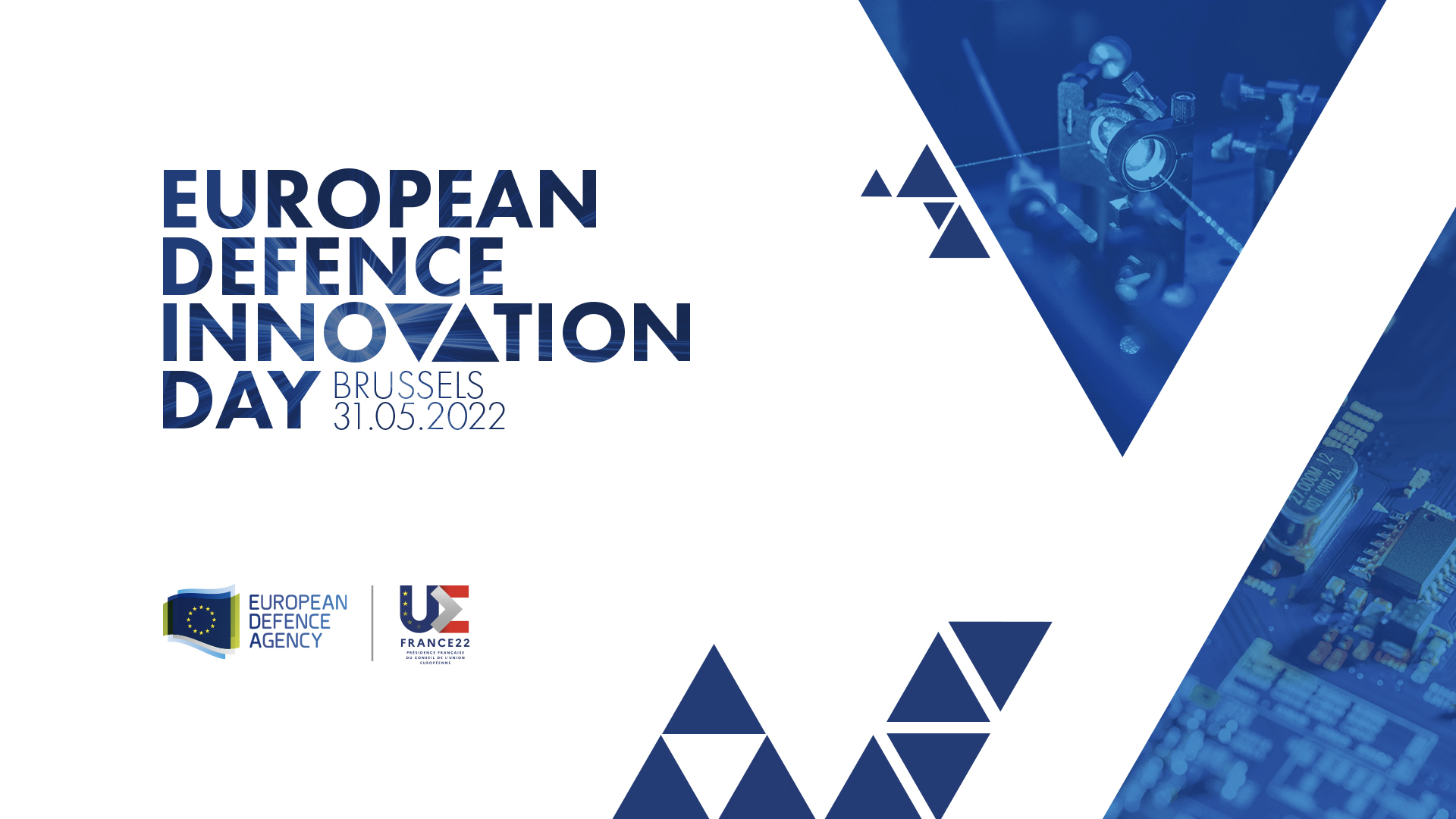 This conference and exhibition provide a timely opportunity to further ignite innovation in European defence and maximise synergies between civilian innovation and defence. A high-level conference will be coupled with a dedicated exhibition which will showcase and demonstrate European excellence in defence innovation.

The first European Defence Innovation Day will take place on Tuesday, 31 May 2022 in Brussels and online.

You can join online for this high-level event focused on driving European excellence in defence innovation with speakers from EDA, French Ministry for the Armed Forces, Defence Innovation Agency – France, NATO, European Commission, Saab, TNO, and the University of Cologne. The event will be closed by Josep Borrell, HR/VP and Head of the European Defence Agency.

The full agenda for the event can be found here, to register simply fill out this registration form. Registrations for this online event must close on Monday 30th at 09:00.

EDA’s work in support of the accommodation and integration of large military Remotely Piloted Aircraft Systems (RPAS, or drones) in civil air traffic in non-segregated airspace has just reached a significant milestone when the Agency delivered to its Member States the final findings and recommendations of its study on the ‘Accommodation of MALE-type RPAS: scenarios and safety case’ ordered in 2019.

You can read more on EDA’s website at: https://eda.europa.eu/news-and-events/spotlight/eda-delivers-final-recommendations-for-accommodation-of-large-military-drones-in-civil-air-traffic 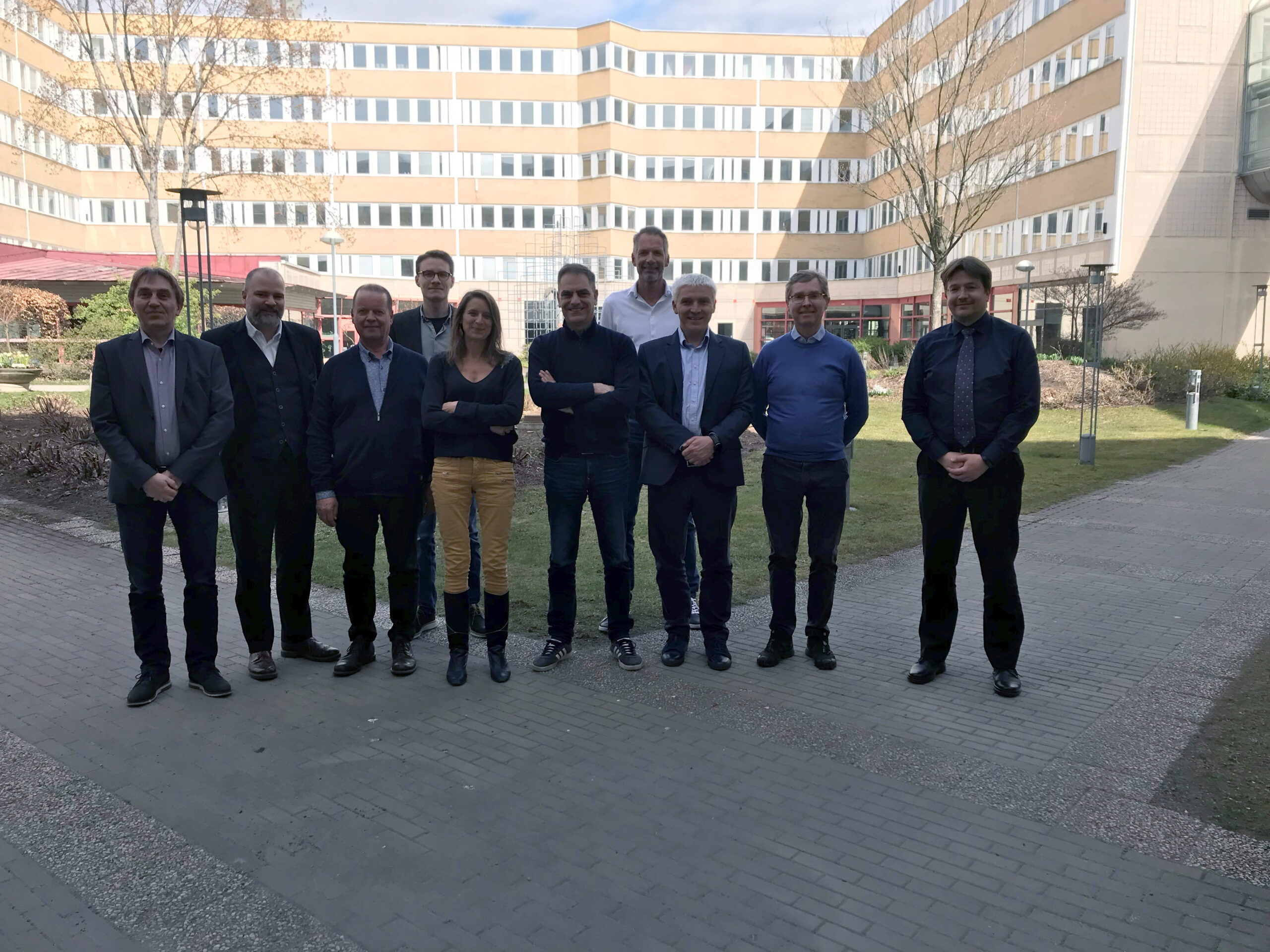 The 2nd Workshop on UxS Interoperability took place in hybrid format on 3rd-4th May 2022 in Stockholm, Sweden. It was hosted by FOI partners and the consortium team had the opportunity to meet and further elaborate UxS Interoperability aspects. A warm thank you to all partners for their active participation.

The INTERACT PADR project team further expands its network by establishing a communication collaboration (synergy) with the EXCEED PADR project. In the frame of this collaboration, cross communication activities will be made aiming to promote both projects’ news and results to a wider audience of experts and stakeholders.

The security of the System-on-chip architecture is studied in detail to cope with Classified information and defence specificities as well as country-specific requirements, through protection, personalisation and life-cycle management. The project also focuses on System Development Tools. The secure chip is fabricated in a trusted environment in Europe. The demonstrator chip will be a mid-scale member of the family.

The consortium encompasses a total of 19 participants from 6 EU countries and Norway. The project, which has a duration of 36 months, starting 1st of November 2020, will receive an EU grant of roughly €12 million. 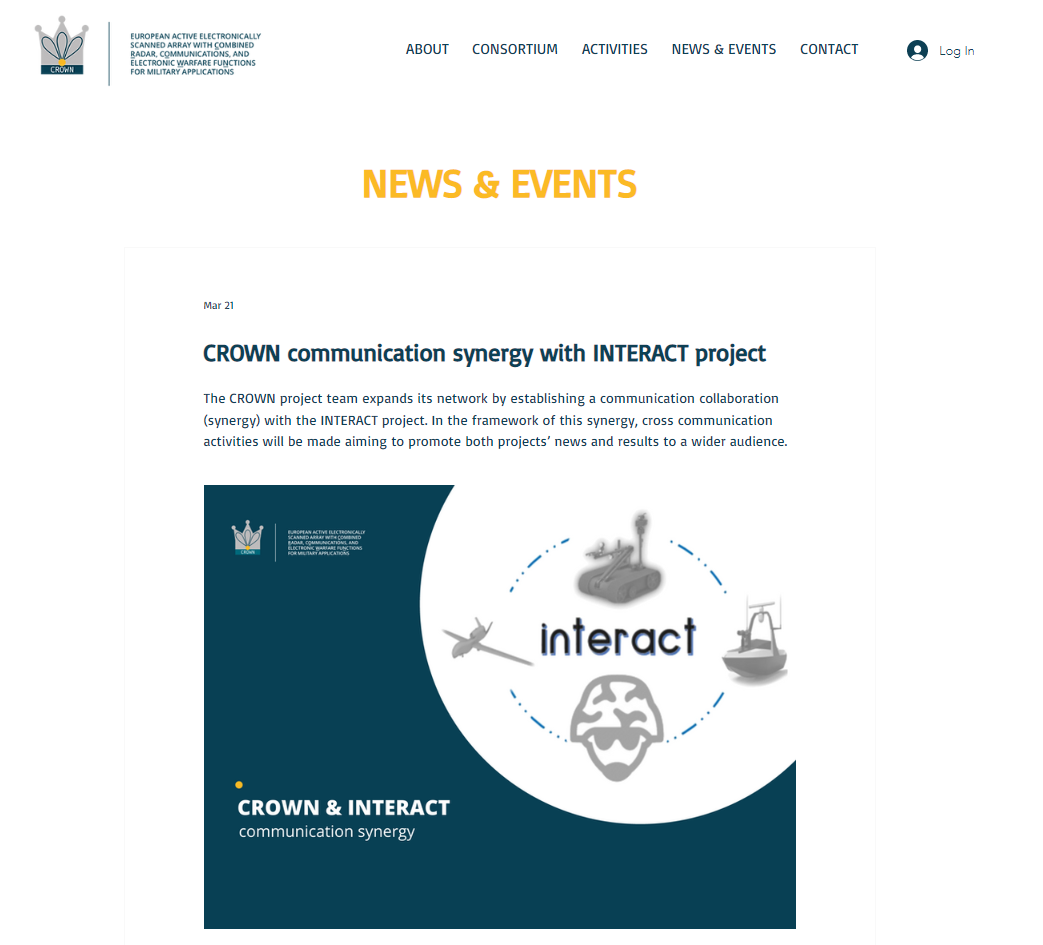 INTERACT PADR project is featured at CROWN PADR website on section News & Events! This article announces the establishment of a communication synergy amongst our project and CROWN. Moreover, a short description of INTERACT and its offered solution is provided. 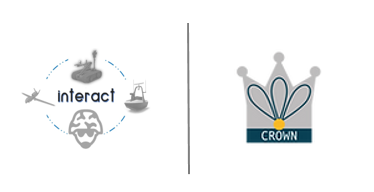 The INTERACT PADR project team expands its network by establishing a communication collaboration (synergy) with the CROWN PADR project. In the framework of this synergy, cross communication activities will be made aiming to promote both projects’ news and results to a wider audience.

The planned activities of the project include R&D assessment and recommendations on critical technologies, R&T activities on system and component level as well as designing, manufacturing and testing of a small-scale prototype.

CROWN is led by Indra Sistemas S. A. (Spain), and the consortium of the project encompasses a total  of 11  participants  from  7  countries. 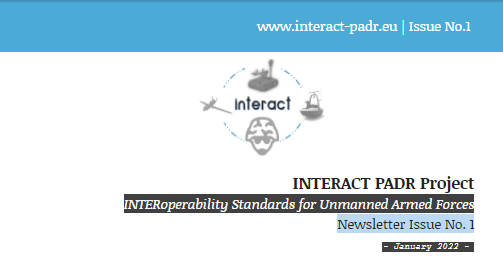 The 1st Newsletter issue of our project is out!